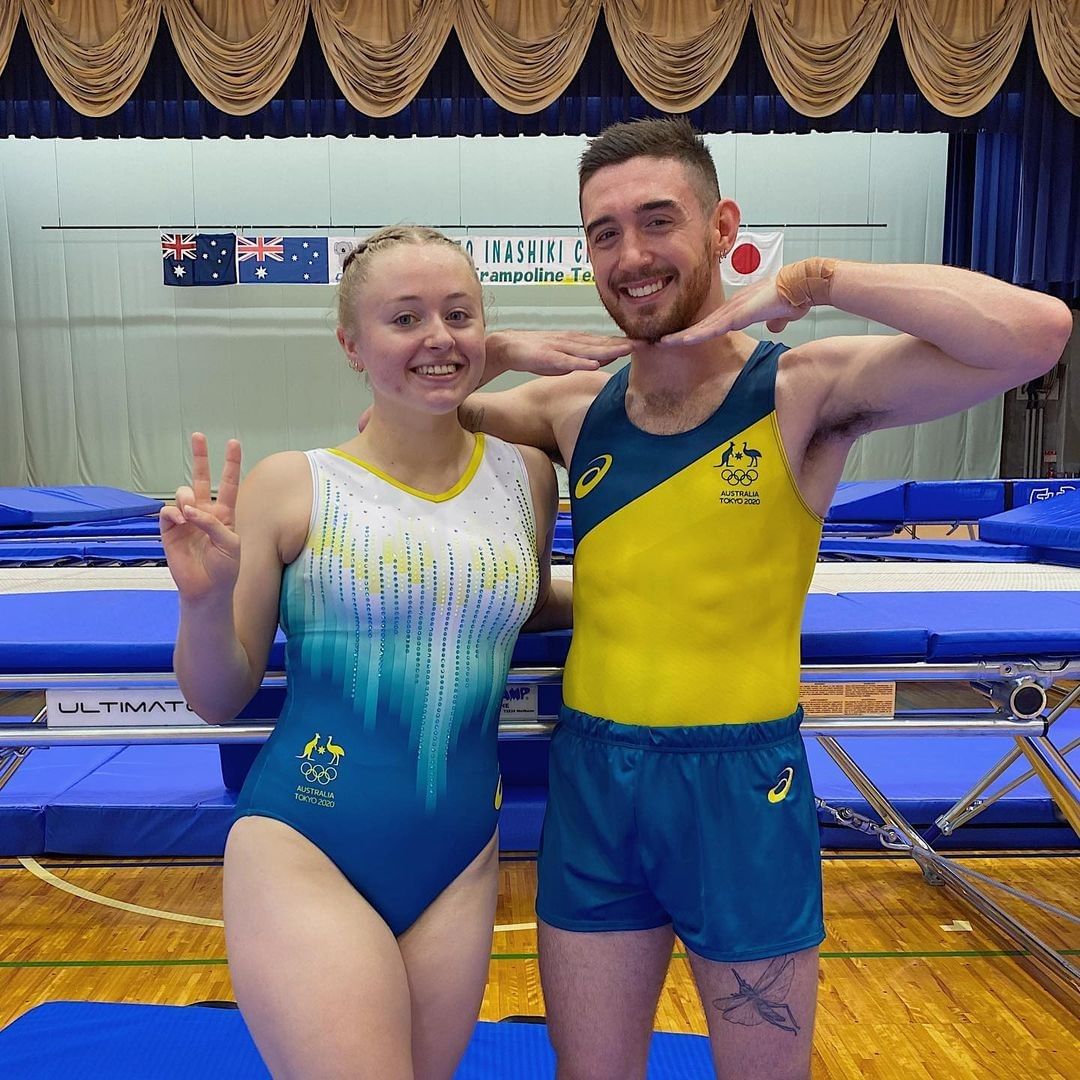 The Gym Spot would like to give a round of applause for our Australian Trampoline Team who are set to compete at the 2020 Tokyo Olympics this coming Friday and Saturday. Our Gymnastics Trampolining Team consists of the athletes Dominic Clarke and Jessica Pickering.

Dominic, 24 years of age was born in Plymouth, England and moved to Australia at a very young age.  He started trampolining at Redlands Gymnastics in Queensland when he was only five years old and now trains at Sydney Gymnastics Centre.

In the 2019 Australian Championships, Clark secured a podium finish in the Senior International division, and for the 2019 FIG Trampolining Gymnastics Championship Division in Tokyo, Clarke placed 4th in the men’s team trampolining, and 5th in the team all-round category. He has also been made an official Pride Ambassador for Gymnastics NSW.

20-year-old Hunter Local trampolinist Jessica started training gymnastics at Eastlake Trampoline Sports when she was 7 years old and quickly fell in love with the sport.

Coming from a family where both her parents competed in the sport at regional levels, Pickering followed in their footsteps and reached national and international championships.

In 2013, Pickering placed third in the World National Championships for Synchronised Tramp, and in 2015 she competed again at the Indonesian Pacific Championships.

At the 2015 Australian Championships, which were held at the Hisense Arena in Melbourne, Pickering cleaned out with a silver medal across the board. She also performed at the 2018 Youth Olympic Games in Buenos Aires. Doing so resulted in Pickering claiming a silver medal in the Women’s Individual category, with a final score of 51.645. She also ended up with a first place qualification in the Women’s Synchronised Tramp event in St. Petersburg, and in the final event, placed fourth.

Pickering is set to make her debut in the women’s individual trampoline segment at the Olympic games this week!

We can’t wait to see what these Australian Olympic Trampoline debutantes have in store for us! You can watch Jess compete today at 2pm and Dom tomorrow at 2pm on Olympics: Watch & Stream 2021 Tokyo Olympic Games Online & Free in Australia on Channel 7 | 7plus.

0 comments on “The Trampoline Team for Tokyo 2020 Olympics”