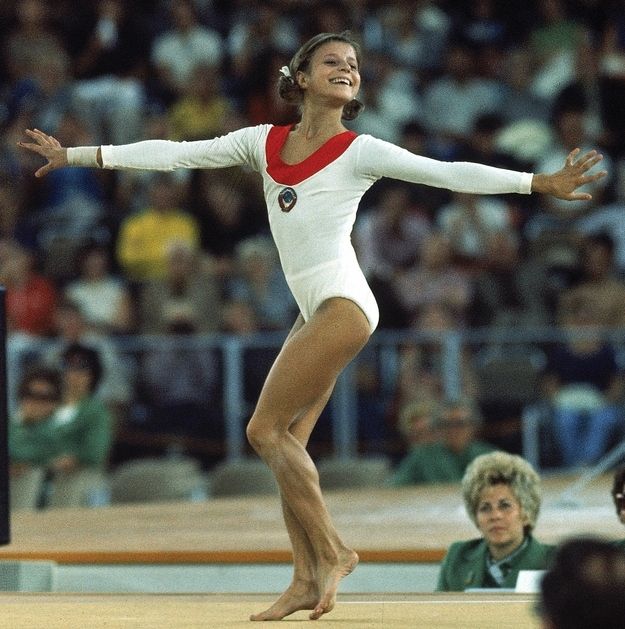 Ever wondered why a particular gymnastics skill has the name it has?

That would be because they are named after iconic gymnasts that have perfected these routines or are the first people to perform these moves. These are also usually performed at major competitions such as the World Championships or the Olympics.

The Gym Spot looks at the manoeuvres and the female gymnasts that these happened to be named after.

In the 1972 Olympics, Korbut performed a backward somersault that ended in a straddle landing on the Balance Beam.

She also had another manoeuvre named after her, known as the Korbut flip, but it was eventually banned due to safety issues.

This was named after Biles due to the fact that she was the first gymnast to perform this routine. It is quite a difficult move, as it involves a double layout with a 180 degree turn at the end. Biles performed this in 2013. The half turn at the end indicates that she lands blind, which therefore increases the overall difficulty of the manoeuvre.

This movement involves a regular sideways tucked in salto, with an additional half twist at the end. This move was performed by Schäfer in the World Championships in 2013.

Ray actually has three uneven bar skills named after her! Her most difficult manoeuvre, however, is her dismount and a double layout that is paired with two full twists. This earned Ray a G rating.

This skill was performed by Amanar at the 2000 Olympic Games in Sydney. It is a varied version of the Yurchenko- style vault, that starts with a round-off onto a springboard, followed by a back handspring onto a pommel horse. Amanar then took this further by adding a backward salto with two and a half twists in the layout position.

At the 1991 Championships, American Gymnast Betty Okino performed a triple turn on a 4 inch beam, one legged. Okino also has an Uneven Bar movement named after her too!

Do you know any other female gymnasts with routines named after them? Let us know in the comments below!